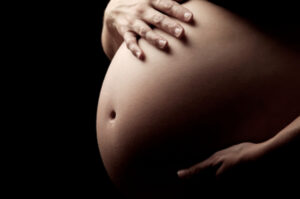 A 19-year-old woman has claimed to have given birth to twins from two different fathers after having sex with both men on the same day.

The young mother took a paternity test to confirm who the father of her babies was and she was astonished when she discovered her babies were from two different men.

The woman, who wants to remain anonymous but is from Mineiros, Brazil, had sex with two different men on the same day and became pregnant from both of them, according to local media.

She reportedly said: “I was surprised by the results. I didn’t know this could happen. They are very similar.”

Her doctor, identified as Tulio Jorge Franco, said that her case is extremely rare – and described it as a “one in a million” situation.

The medic said there are only around 20 other cases worldwide of heteroparental superfecundation, as it is known scientifically.

It occurs when a second ova released during the same menstrual cycle is additionally fertilised by the sperm cells of a different man in separate sexual intercourse, the National Library of Medicine explains.

The young mum’s doctor reportedly said: “It is possible to happen when two eggs from the same mother are fertilised by different men. The babies share the mother’s genetic material, but they grow in different placentas.”

He added: “It’s extremely rare. It’s one in a million. I never imagined that I would see a case like this in my life.”

The woman is said to have explained that her babies look very similar but after eight months, doubts began to emerge about who the father was.

So when they were eight months old, she got DNA from the man she thought was the father.

However, the test only came back as a positive match for one of her two children.

She did the test again but the result was again positive for just one child.

That is when she remembered that she had had intercourse with another man that day.

She said: “I remembered that I had had sex with another man and called him to take the test, which was positive.”

The babies are now 16-month-old tots but the case was only revealed by the doctor this week, according to local media.

The mum said that one of the two men is officially registering at the registry office and taking care of both children.

The teenage mum said: “He takes care of both of them, helps me a lot to create and gives them all the necessary support they need.”