Hours after the arrival of the Presidential candidate of the ruling All Progressive Congress, APC Asiwaju Bola Ahmed Tinubu in Nigeria, a high powered delegation of the National APC supporters Centre from Abuja headed straight for Kano, a densely populated  state which has become a toast of  candidates and  supporters who are seriously looking for votes.

Clearview Tv’s Abubakar Abusufyan reports that the destination of the team was Jigawa but had a brief stopover in Kano where they were welcomed by the Jigawa chapter of the National APC Supporters’ Centre led by a representative of the  coordinator Alhaji Umar Dan Maje. Before departing for Jigawa state, the members were at the office of  secretary to the Kano State government, SSG where they used the opportunity to brief the kano emirate council who hosted them, on their efforts at taking the Tinubu crusade to the nooks and crannies of Kano and Jigawa states. 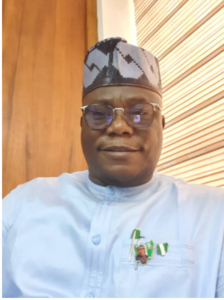 Clearview Television recalls that the supporters Centre was very active in the reception accorded the APC National leader on Thursday May 19 this year when he visited Kano. The members in the company of Governor Ganduje joined Bola Tinubu to visit some elder statesmen including business mogul Aminu Dantata and Yusuf Ali.

The National APC Supporters’ centre operates under the leadership of Alhaji Ibrahim Batati. As at the time of this report, the members were on their way to Jigawa State.