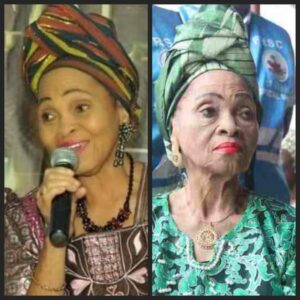 She was the first female television staff announcer and broadcaster in Nigeria and Africa’s first woman broadcaster.

Agbaje-Williams was a pioneer staff of WNTV, which was first television station in Nigeria, she was also the first female broadcaster of the station.

She rose to become a producer and director of programmes at the television station before retiring in 1986.

Spread the love ...let others enjoy this story
Share
Previous NDLEA Arrests 4 Wanted Kingpins Over 16 Tons Of Illicit Drugs In, Lagos, Abuja
Next Buhari Condoles With David Mark Over Passing Of Son, Tunde