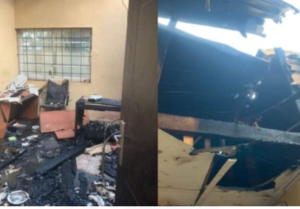 Suspected hoodlums have set on fire an office of the Independent National Electoral Commission (INEC) at Iyana Mortuary, Abeokuta, the Ogun State capital.

Reports have it that the hoodlums, numbering about eight, had scaled the perimeter fence, jumped into the premises and set the INEC building on fire from the back. 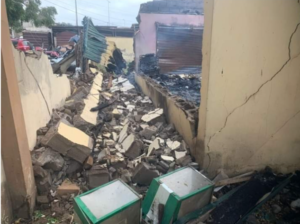 They were said to have soaked loaves of bread with petrol and threw same into the building at different angles to light up the INEC office
Report has it that the security guard at the facility, Azeez Hamzat, made a distress call to the police around 1 a.m., saying the facility was on fire. 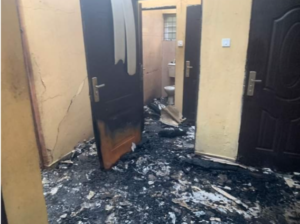 The police from Ibara division were said to have mobilized detectives to the scene, while contacting fire fighters, who raced to the scene to put out the fire.
It was gathered that the store, the Registration Area Officer’s office and the conference room were affected by the inferno.
Report also has that non-sensitive materials were also affected by the fire.