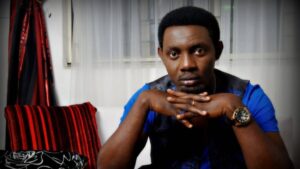 Popular comedian and actor, Ayo Makun, has been seen in a video encouraging the audience in his show to vote for a better Nigeria come 2023 presidential election.

According to the comedian, he has about 23 million followers, which makes him the highest followed comedian.

AY, as he is popularly known, noted that his social media platform means he has a voice and through it he will encourage people to vote for the right candidate.

However, he didn’t mention a particular presidential candidate he would vote for.

AY then asked the audience to choose their preferred 2023 presidential candidate among those of the All Progressives Congress, Asiwaju Bola Ahmed Tinubu; Peoples Democratic Party, Atiku Abubakar; and Labour Party, Peter Obi.

The outcome of the exercise showed that Obi won as those who preferred him made the loudest noise.