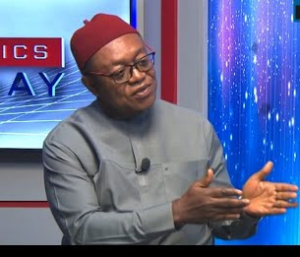 Amid the resurgence of queues at filling stations across the country, the Independent Petroleum Marketers Association of Nigeria (IPMAN) says the Nigerian National Petroleum Company Limited (NNPC) has a sufficient supply of petroleum products.

IPMAN President, Chinedu Okoronkwo explained that the reason for the scarcity of petroleum products had to do with distribution challenges relating to “dollarisation”.

On the hand, NNPC’s Executive Vice President, Downstream, Adeyemi Adetunju, put the blame on some ongoing construction projects in Apapa, Lagos State, though he agreed that there was a “national PMS stock of over two billion litres. This is equivalent to over 30 days of sufficiency.”

However, Okoronkwo noted that petroleum marketers are expected to get the products from tank farm owners at N148.19 per litre, though according to him, they now receive the products at N185-N210.

“Those who have the muscle and everything to buy will buy. No, this product is there. It’s because of what I’ve just said. NNPC has enough stock but (it is) because of this distribution thing; that is where we need to do something.

“IPMAN has about five zones. You can (deposit) some of these products in various zones so that their accessibility will still be at a cost that is not even that big. We are ready to chip in something to cushion some of these things so that we can still remain within the margin. I think that is the way to go.”

Similarly, former President of the Trade Union Congress (TUC), Peter Esele attributed the long queues to an ongoing issue of distribution and pricing.

Esele noted that though NNPC has enough products on the ground, tank owners have to use “daughter vessels” to get the refined products from the sea to their tanks, a task that supposedly leads to rising costs.

“What you have is the tank farm owners are now saying they need to get value for their money. They can’t now go ahead to be selling at a loss.

Earlier, NNPC told journalists that the recent queues in Lagos were largely due to ongoing road infrastructure projects around Apapa and access road challenges in some parts of Lagos depots.

“The gridlock is easing out and NNPC has programmed vessels and trucks to unconstrained depots and massive load outs from depots to various states are closely being monitored,” Adetunju said.

“Abuja is impacted by the challenges recorded in Lagos. NNPC Retail and key marketers have intensified dedicated loading into Abuja to restore normalcy as soon as possible.

“We want to reassure all Nigerians that NNPC has sufficient products, and we significantly increased product loading including 24-hour operations in selected depots and extended hours at strategic stations to ensure products sufficiency nationwide.”