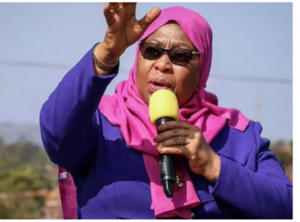 Hassan directed that the budget for the 61st Independence Day event which was $445,000, be used to build dormitories for children with special needs.

The money will be used to build eight dormitories in primary schools around the country.

Tanzania minister of state, George Simbachawene, on Monday said the money had been disbursed. He said the East African country will celebrate Independence Day by having public dialogues on development.

Previous Tanzanian governments have repeatedly canceled the celebration. In 2015, then-President John Magufuli canceled celebrations and diverted funds towards the building of a road in the commercial capital, Dar es Salaam.

In 2020, he did the same and directed that the budget be used to buy medical facilities.

Spread the love ...let others enjoy this story
Share
Previous How Two Teenagers Sold Their Organs To A Medical Doctor For N200,000 Without Their Father’s Consent
Next CJN Not Under DSS Investigation – Supreme Court