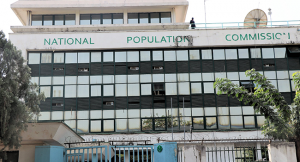 National Population Commission (NPC) on Friday said the 2023 nationwide population census will be conducted from March 29 to April 2.

NPC Chairman, Nasir Kwarra, disclosed this while speaking with State House reporters after meeting with President Muhammadu Buhari at the Presidential Villa in Abuja, the state capital.

“By March 29 to April 2, our staff will be in the field enumerating people,” the NPC boss stated.

Kwarra promised the exercise will be different from the previous ones (which were embroiled in controversies) as it will be conducted with high-end technology.

Assuring that there would be no manipulation of an exercise, the NPC boss stressed that the census will be credible.

For this reason, he stated that the commission will make use of satellite images, and GPS and has coded every building in the country.

The NPC boss further disclosed that recruitment of Adhoc staff is essentially local and demarcation of enumerated areas has been completed in all 774 local governments, ahead of the exercise to conclude on April 2.

He added, “This census is going to be different from past censuses. The theory and practice is essentially the same, but we’re using high-end technology to conduct this census and it’s such that nobody can tamper with any figure. Nobody will be counted more than once.

“We’re visiting households to do direct interface with the household, collect data and in the past, in past, if you’re doing an operational manually, it’s very cumbersome, but this is being aided by technology and I believe it’s going to be transparent and very fast and it is going to be verifiable because we are able to provide data up to the local government, up towards level. So it is something that you can always verify.”