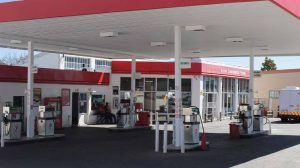 Petroleum marketers in Rivers State have raised the alarm over an alleged threat by the Nigerian Midstream and Downstream Petroleum Regulatory Authority (NMDPRA) to seal off fuel stations in the state.

According to them, following their failure to comply with a directive compelling retail outlets to increase the pump price of Premium Motor Spirit (PMS) popularly referred to as petrol.

PETROAN Chairman in Rivers State, Francis Dimkpa who stated this on Friday while addressing journalists in Port Harcourt, the state capital, shortly after a visit to the Department of State Services (DSS) to intimate them of the threat, said the official N148 per litre has already impoverished ordinary Nigerians.

He said stakeholders in the petroleum sector must be well engaged before any further increase in the price of petrol.

“If there is any new development in the system, we as stakeholders will sit together and know how to implement it,” Dimkpa said.

“You don’t come and give us instructions that are not palatable to the masses. We are interfacing with the masses so you can’t sit in your office and know what the people are facing.”

According to the PETROAN Chairman, the alleged threat to seal off filling stations in Rivers State will be disastrous to the economy of the state.

“That is why we are saying let us sit down and discuss this issue so that we can decide the way forward and you are saying we shouldn’t discuss it?

“You want to give us instruction that you will shut down every by Monday. Rivers people cannot suffer for the problem of this nation,” he said.

Earlier, the Minister of State for Petroleum Resources, Timipre Silva, dismissed reports of a directive from the ministry to petroleum marketers to increase the pump price of petrol, saying such directive was not known to the ministry.

But the PETROAN Chairman alleged that the lingering scarcity of the product may be a veiled attempt by the government to secretly increase the pump price of petrol.

He however advised the government to take action on the petrol crisis in the country.

“What we want us to discuss is how are filling stations owners going to be getting petrol directly from this depot at the government official rate. Who is going to enforce it. If they are able to enforce that, we will sell at government approved rate.”

To address the current petrol crisis, the PETROAN Chairman said, “Petrol should be given in proper quantity to depots, especially government owned depots. If you give fuel to depots, with time these prices will come down and better still subsidy should be removed”.

On his part, the IPMAN Chairman, Dr Joseph Obele, said at the moment, petroleum marketers are buying at N250 per litre at depots and selling at N290 per litre, saying, “Asking us to increase the pump price further is inhumane.”

He urged the government to instead focus on increasing the supply of the product at the depots and ensure that they sell at the official price.