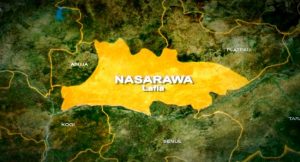 The State Police Public Relations Officer, Ramhan Nansel, disclosed to Channels Television that the incident occurred around 7 am when the pupils were on their way to school.

He added that while the Commissioner of Police has visited the scene, a joint team comprising of the Police, Military and the Vigilante have also been mobilised to the area to trail the abductors.

The incident comes barely a week after the police in Nasarawa dispersed suspected kidnappers at Saraduana forest in Toto LGA of the state and rescued 30 victims.