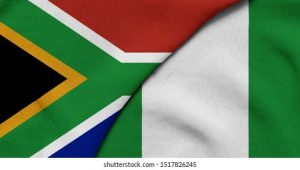 The Nigerian consulate in Johannesburg has complained to the South African government after city authorities disconnected the consulate’s electricity supplies over unpaid bills, a government official said Friday.

City officials on Wednesday went to the consulate, in an upmarket northern suburb, to cut off supplies over 400,000 rand ($23,300) in outstanding charges, according to a city official.

The consulate denied the officials access, describing them in a statement as “an invasion squad”. Supplies were remotely switched off.

South Africa’s foreign ministry spokesman Clayson Monyela told AFP Friday that the consulate has “dispatched a diplomatic note to us”.

“The matter is being handled through diplomatic channels. We’ll engage all parties involved in order to find an amicable solution,” he said.

In a statement, the consulate blasted the city’s action as “in complete violation of… international treaties and conventions, especially the Vienna Convention on consular relations, which guarantees the inviolability of consular premises”.

Electricity supplies were reconnected the same day following promises the account would be settled by the end of the month.

The consul-general visited the city offices after the disconnection and “acknowledged the debt”, and negotiated to settle the arrears by the end of the month, said Mangena.

“They made an arrangement to (settle) the account by end of January,” he said.

“We are not treating them as a special customer, but like any other,” he said.

Residents and businesses owe the city, the country’s financial and commercial hub, more than four billion rand in outstanding bills.

South Africa is in the grip of crippling power shortages forcing the power company Eskom to ration supplies.