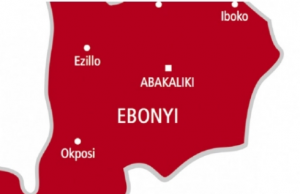 The police in Ebonyi State have confirmed the killing of two yet-to-be-identified persons in Mkpuma Akataka, a community in the Izzi Local Government Area of the state late Friday.

News had filtered in that gunmen on a motorbike stormed a meeting being held by some persons in the community said to be APC members and opened fire on the attendees leading to the death of some persons.

However, the police spokesman said the scene of the attack was not a gathering of members of the All Progressives Congress (APC) in the local government area but a meeting being attended by some persons in the community.

He called members of the public to disregard stories making the rounds that those killed were of the ruling APC in the area.

Spread the love ...let others enjoy this story
Share
Previous Dissolution Of Ekiti PDP Exco Tyrannic, Will Be Challenged In Court – Wike
Next Gunmen Kidnap Corps Member, Five Others In Enugu