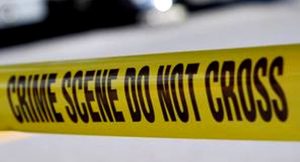 Emerging reports suggest that at least 10 persons have been killed following a shooting in Los Angeles.

Police in California who responded to the incident which happened late on Saturday night in Monterey Park, say another 10 people were injured and the suspect remains at large.

According to investigators, there was no clear motive and at the time, it was too early to say whether the incident was being treated as a hate crime.

In marking the Monterey Park Lunar New Year festival, thousands of people had earlier gathered in the city, it is, however, not clear yet how many people were shot or whether anyone has died.

Videos on social media showed a large police presence in the area, as security operates try to get to the root of the incident.

Spread the love ...let others enjoy this story
Share
Previous Obi Campaigns In Kano, Urges Youths To Reject Parties That Kept Them In Poverty
Next International Passengers Stranded At Lagos Airport As Ground Handlers Embark On Strike