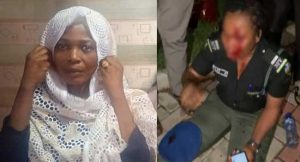 Prof. Zainab-Duke Abiola, a widow of the politician and businessman, Chief Moshood Abiola, has sued the Inspector General of Police (IGP) for defamation, demanding N100 billion in damages.

Other defendants in the suit filed before the Federal High Court, Abuja are the Nigeria Police Force; one Engr. Ibrahim (whom the plaintiff described as IGP Alkali’s son); and her former orderly, Teju Moses.

Prof. Abiola stated that the defendants jointly made false and defamatory publications against her in which they claimed, among others, that she assaulted Moses, who was then her security detail.

She faulted the police for allegedly failing to investigate claims of assault made by her orderly before parading her as a criminal before journalists in September last year for allegedly brutalising her orderly, Teju Moses.

The suit has been scheduled for February 28 for hearing.