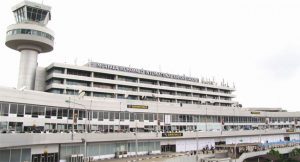 International flights have resumed at the Murtala Muhammed International Airport in Lagos as aggrieved ground handlers suspended their industrial action after about 14 hours.

An official of the Air Transport Services Senior Staff Association of Nigeria (ATTSSSAN) confirmed the suspension of the strike to Channels Television.

Scores of international passengers at the airport in Lagos were stranded on Monday as workers of the Nigerian Aviation Handling Company (NAHCO) embarked on strike. The situation led to the disruption in flight services of many international airlines.

NAHCO had reportedly gone to court and obtained an injunction stopping the workers from embarking on strike.

Some of the flights disrupted so far by the industrial action include those of Royal Air Maroc which was stopped by protesting ground handlers around 2am on Monday. Also affected was that of Qatar Airways.

However, in a communique issued at the end of a meeting by ATTSSSAN, NAHCO and National Union of Air Transport Employees (NUATE) late Monday, the trio agreed that negotiations of increased staff welfare will be concluded within a week.

The resolution read in part, “A counter offer to the union’s demands will be issued by the management before close of business today, 23rd January 2023.

“Negotiations on staff welfare would commence on Wednesday, 25th, January 2023.

“All negotiations would be concluded within the week.

“All staff should resume work immediately.

“No staff would be victimized as a result of the strike action.”

Furthermore, in a statement, NAHCO Group Executive Director, Sola Obabori, appreciated the company’s clients who showed understanding during the period of the strike and apologised to passengers who were inconvenienced by the action.