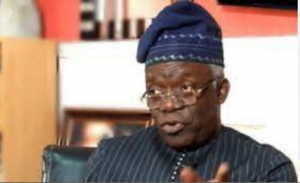 Legal luminary, Femi Falana says a presidential candidate does not need to win the Federal Capital Territory (FCT) to be declared winner of the February 25, 2023 poll.

“It is not a requirement that you must win the FCT,” the Senior Advocate of Nigeria said on Tuesday.

“Today, the courts have ruled that pursuant to Section 299 of the constitution, that the FCT should be treated as a state. That is the law.

A former chairman of the Nigerian Bar Association (NBA), Olisa Agbakoba had last week asked the Independent National Electoral Commission (INEC) to clarify the commission’s position on Section 134 of the 1999 Constitution which seems ambiguous.

Agbakoba queried whether the 24 states incorporate the FCT or not but the electoral umpire has not made any comment on the matter.

However, Falana said Section 299 of the Constitution already recognised the FCT as a state and therefore a presidential candidate does not necessarily need to win the seat of Nigeria’s political power to be declared winner of an election.

He stressed that once a candidate gets 25% of votes in 24 states and has a majority of the total votes, he or she should be declared winner by the electoral body.

“The concern that has arisen is that looking at the campaigns going on, people are wondering whether any candidate will win those stringent constitutional requirements: 25% and at least two-third of the state and of course majority of lawful votes all over the country,” Falana said.

Top contenders in the race for Aso Rock’s top job in next month’s poll include Labour Party’s Peter Obi, Bola Tinubu of the All Progressives Congress, Atiku Abubakar of the Peoples Democratic Party, and Rabiu Kwankwaso of the New Nigeria People’s Party (NNPP).